Campaigns at the Trades

The Trades Club is a socialist members cooperative club and music venue with a long history of combining great music with enthusiastic support of political causes close to our hearts.

The conservative government continue to impose harsh austerity measures that are making life ever harder for millions of people across the country. There is also undoubtedly worse to come with the lies that people have been fed before and after the EU referendum and the uncertainty that we now face in the aftermath. We must stand full square against the increase in racist attacks, support the rights of all who live in this country and resist fascism wherever it raises its ugly head.

If you are as angry and concerned about the future as we are then help us do something about it. The Trades Club offers its resources and assistance in putting on political events & benefits as well as publicising them – we need you, our members, to come forward with suggestions and ideas to ensure the Trades Club plays its part in resisting austerity and xenophobia at the same time as presenting a positive socialist vision for the future. 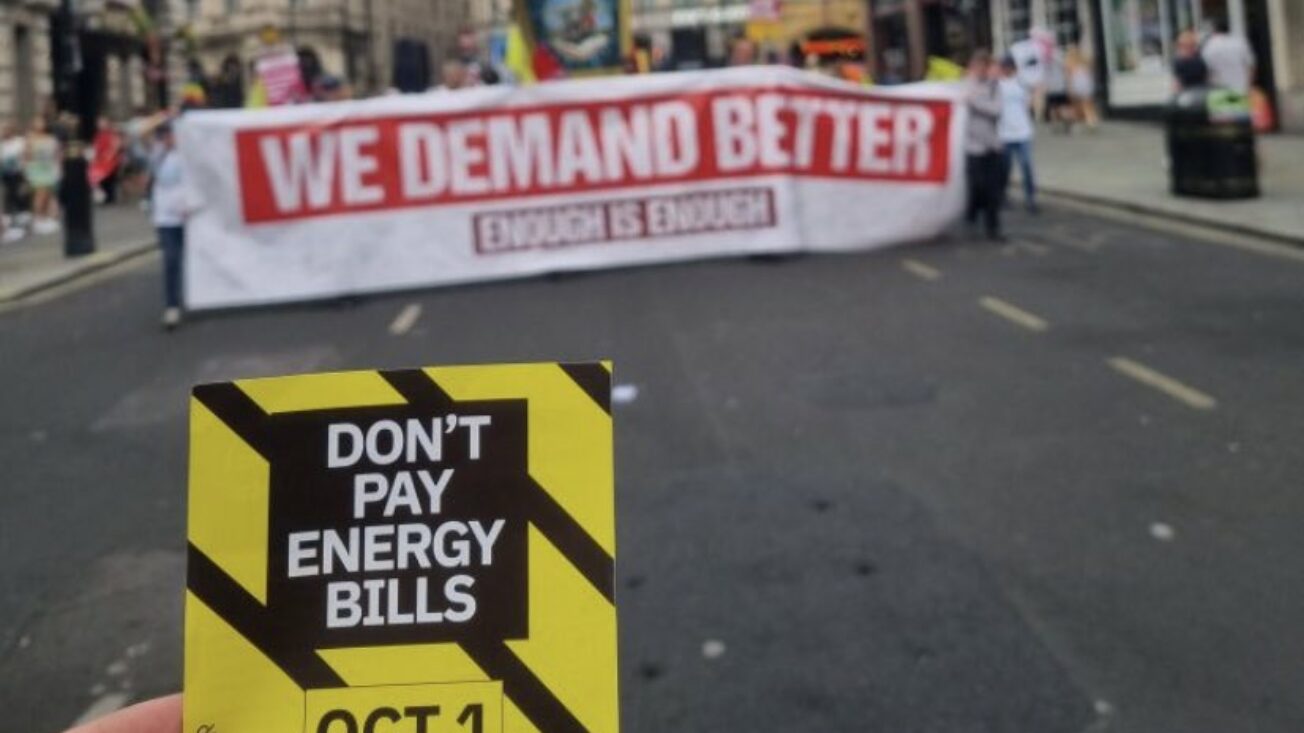 It’s simple: we are demanding a reduction of energy bills to an affordable level. Our leverage is that we will gather a million people to pledge not to pay if the government goes ahead with another massive hike on October 1st. Mass non-payment is not a new idea, it happened in the UK in the late 80s and 90s, when more than 17 million people refused to pay the Poll Tax – helping bring down the government and reversing its harshest measures. Even if a fraction of those of us who are paying by direct debit stop our payments, it will be enough to put energy companies in serious trouble, and they know this. We want to bring them to the table and force them to end this crisis. Find out more: https://dontpay.uk/

“Fair pay, affordable bills, enough to eat and a decent place to live. These aren’t luxuries – they are your rights!”

Enough is Enough is a campaign to fight the cost of living crisis. We were founded by trade unions and community organisations determined to push back against the misery forced on millions by rising bills, low wages, food poverty, shoddy housing – and a society run only for a wealthy elite. Our 5 demands are clear: 1. A real pay rise 2. Slash energy bills 3. End food poverty 4. Decent homes for all 5. Tax the rich. We are building a campaign to win them. Find out more: https://wesayenough.co.uk/

A coach has been booked to go to Glasgow from our region for the big COP26 protest day on 6th November. It will pick up at the following places: Hebden Bridge 6.00 am, Todmorden 6.20 am, and Burnley 6.45 am, and return that evening. The cost will be £10 (thanks to generous trade union support). Contact Kevin Stannard on either [email protected] or 07790 002685 to book your seat.

Coach to Glasgow   Click on the link for a downloadable leaflet with further details.

For more info on actions & organising towards COP26 see: https://cop26coalition.org/

We Shall Overcome is a movement of musicians, artists and community organisers who are angry about the human costs of austerity policies and who want to do something practical to help those affected. Find out more at https://weshallovercomeweekend.com/

The Trades Club has supported We Shall Overcome since it’s beginnings in 2015 raising thousands of pounds for Todmorden Food Drop in, BIASAN (Bradford Immigration and Asylum Seekers Support and Advice Network) & other grassroots solidarity groups.

Please support Tod Food Drop-In who do a great job helping people in need in the Upper Calder Valley (http://www.todfooddropin.co.uk/ ).

Justice for the People of Palestine

The Trades Club are long-term supporters of the Palestinian People in their resistance to occupation and search for a just settlement. We hold regular fundraisers for organisations such as those detailed below:

Medical Aid for Palestine (MAP) – Working for the health and dignity of Palestinians living under occupation and as refugees. http://www.map-uk.org/

Israeli Committee Against House Demolitions – ICAHD is a non-violent, direct-action group dedicated to ending the Israeli Occupation and achieving a just peace between Israelis and Palestinians. https://icahd.org/

The Trades Club supports the call of the Palestinian people for a campaign of Boycott, Divestment and Sanctions (BDS) against the state of Israel until it complies with international law and Palestinian rights. http://www.palestinecampaign.org/bds/ 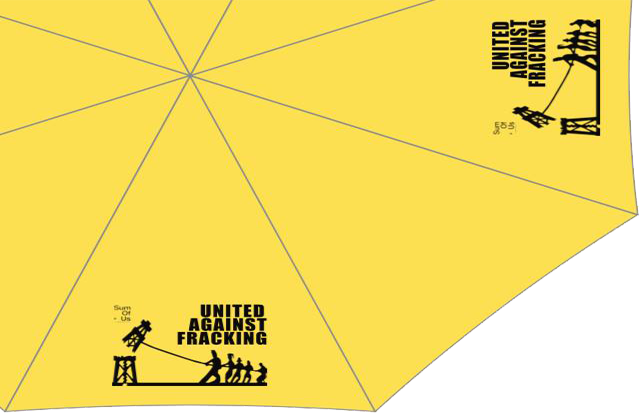 The Trades Club has put on a number of events to support, inform & raise funds for local & (inter)national campaigns against fracking. From direct action training to benefit events, film showings & beyond. You can find out more about joining the resistance to fracking here: https://reclaimthepower.org.uk/fracking 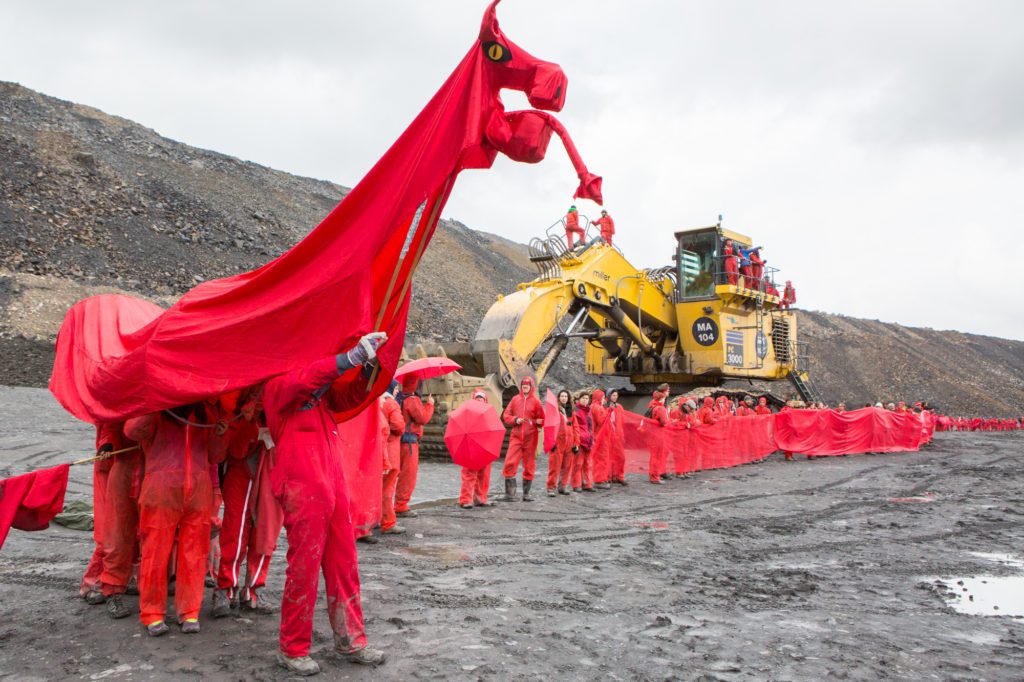 The International Brigade Memorial Trust keeps alive the memory and spirit of the men and women from Britain, Ireland and elsewhere who volunteered to defend democracy and fight fascism in Spain from 1936 to 1939. http://www.international-brigades.org.uk/ 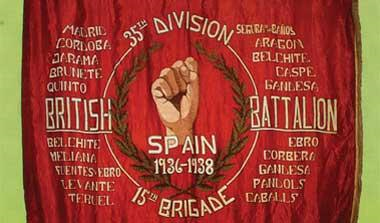 In October 2016 the Trades Club marked the 80th anniversary of the Spanish Civil War with a special exhibition and commemorative night to pay tribute to the men and women who volunteered to join the International Brigade and other militia fighting Franco’s fascists.

Say No to TTIP 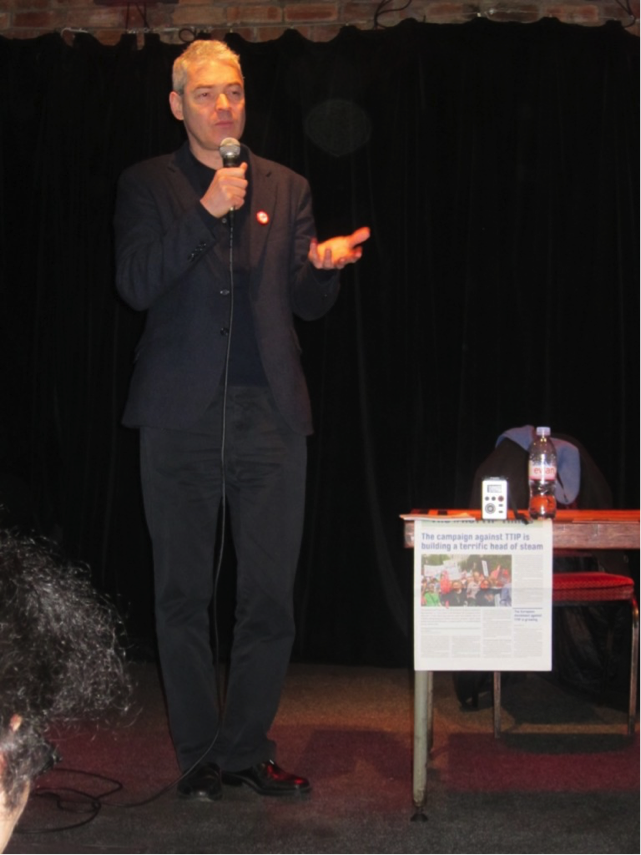 ub was delighted to host War on Want Executive Director, John Hilary, in 2015 when he gave a presentation on the Transatlantic Trade and Investment Partnership (TTIP).

TTIP is a comprehensive free trade and investment treaty currently being negotiated by the United States and European Union which, if agreed, would give foreign corporations the power to sue elected governments over decisions that could harm future profits – such as plain packaging on cigarettes, or policies to leave fossil fuels in the ground. TTIP would also weaken regulations covering food safety, animal welfare, environmental protection, worker’s rights and financial conduct, as well as creating new markets in public services, leading to greater privatisation.