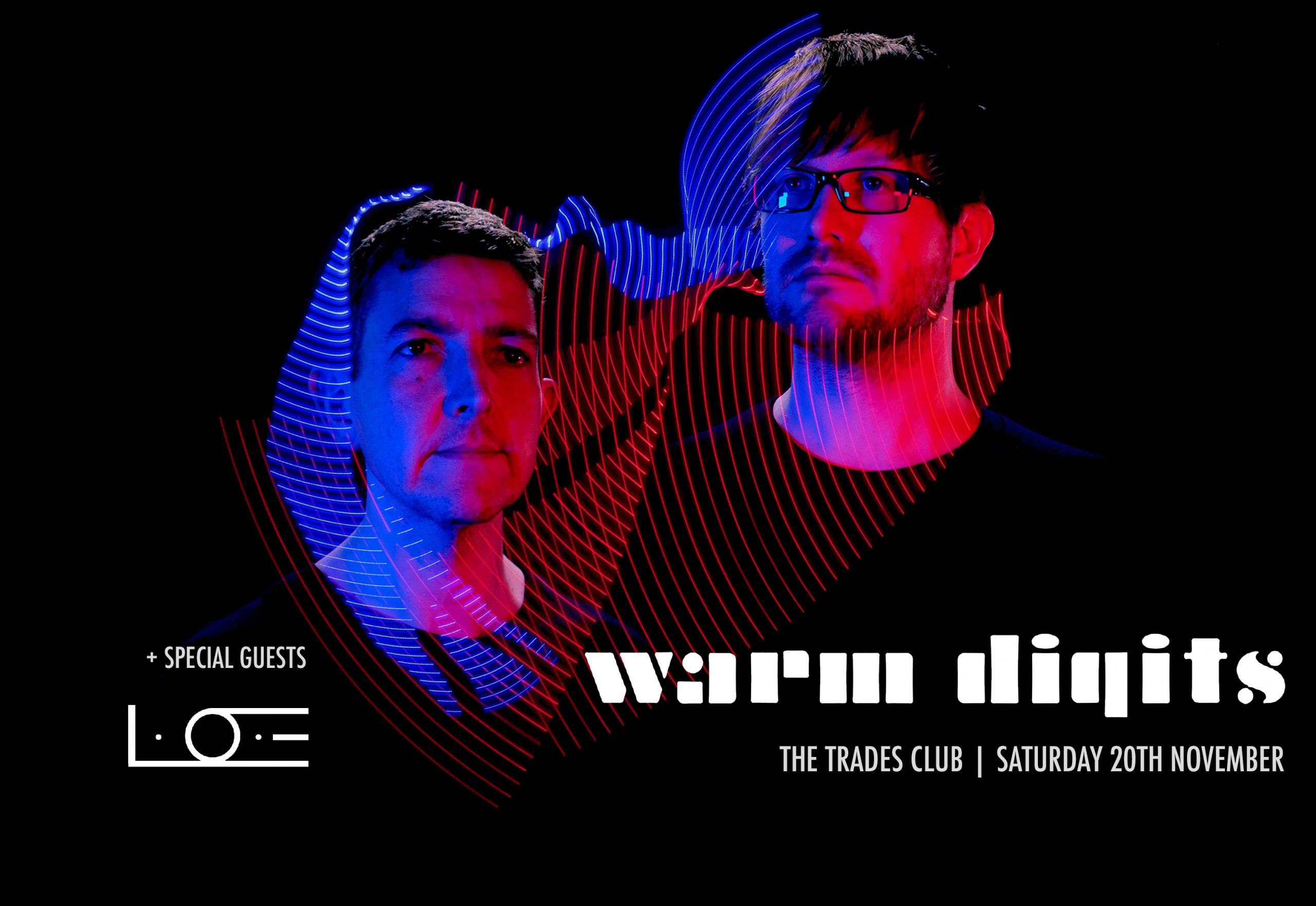 Warm Digits are Newcastle-upon-Tyne’s thunderous motorik space-disco duo with a pounding post-punk pulse.  On their new album Flight of Ideas, Warm Digits make a call to arms: when we all think our ideas are right, what are the costs of never believing you could be wrong?  Looking back to the history of psychology to find out what happens when ideas outlive their sell-by date, with their vocal guests they set up a blistering musical exchange between fluorescent agit-funk, primary-coloured synth-bounce, and fizzing sheets of guitar noise.  The LP features vocal contributions from Maximo Park’s Paul Smith, The Lovely Eggs, The Orielles, Rozi Plain and the Delgados’ Emma Pollock.

On this album, Warm Digits burst into technicolour, with a record that effortlessly captures the kaleidoscopic abandon of their rapturously-received live shows while moving into increasingly accessible and tuneful territory. Flight of Ideas embraces a musically bright-eyed, even cautiously optimistic approach, filled with shameless melodicism and a more song-based sound, while never losing sight of the sonic hurricane that remains at the band’s core.  Whether you dream of Can playing with the Chemical Brothers in an exploding fireworks factory, or if you’d rather hear Gang Of Four jamming with Giorgio Moroder on Jupiter, Warm Digits will turn your desires into reality.

Warm Digits are Andrew Hodson and Steve Jefferis.  Their previous album for Memphis Industries, Wireless World, featured guest vocals from Field Music and Sarah Cracknell, amongst others, and garnered plaudits from BBC 6Music including an Album of the Day slot and a 6-week playlist place for Growth of Raindrops which featured the aforementioned Saint Etienne lead singer. A phenomenal live act, they have graced the stages of Bluedot, Green Man, and Festival No.6 in recent years.

Special guests for this show are L.O.E
Their debut single received national radio play from BBC 6 Music and Radio X, as well as regional support from BBC Introducing marking an impressive introduction for the band.