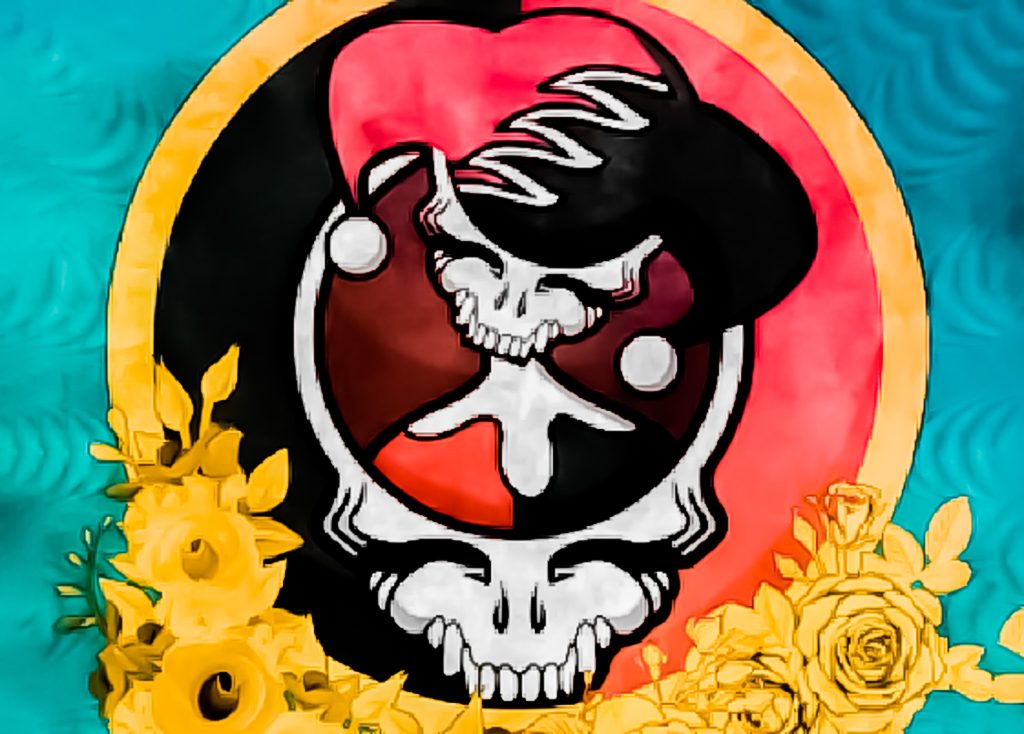 Playing the music of The Grateful Dead, the Dudes explore the songs and improvisations from their vast repertoire, emulating the sound, style, freedom and adventure of their live shows.

More than a band, the Grateful Dead were a phenomenon; from precursors of psychedelic rock in the sixties to the highest grossing US touring act in the late ‘80s and ‘90s.  As the saying goes, ‘There is nothing like a Grateful Dead concert’.

Formed in 2016 by experienced musicians, the Dudes play in authentic style and aim to re-create the atmosphere and musical experience of a Dead concert ; the tunes and songs, the jams, the unpredictable, the vibe -and all across at least 2 ½ hours of music!