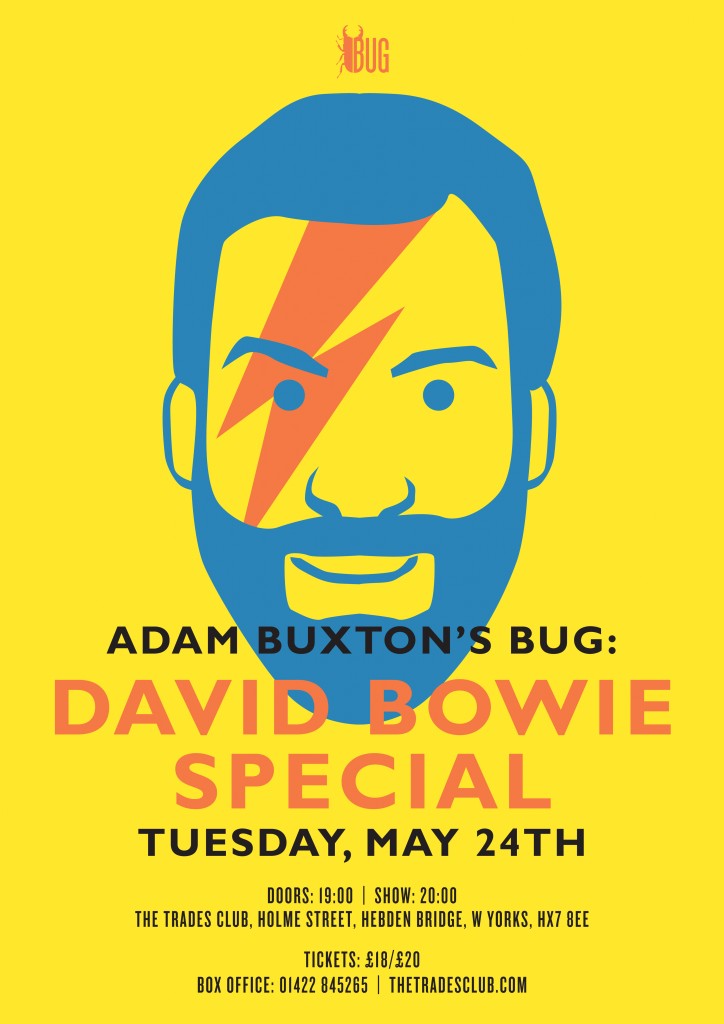 He was a rock legend – and much more besides. Now Adam Buxton presents a very special BUG show celebrating some of David Bowie’s incredible music video and other on-screen appearances.. A must-see for Bowie fans, this BUG Special is a wonderful opportunity to enjoy some key moments from David Bowie’s life and career on the big screen – and remember the indelible mark he made on our cultural landscape.

Best known in the UK as one half of award winning TV and radio comedy duo Adam & Joe, London born Adam Buxton is short, wears a beard and spends too much time at the computer. In addition to appearances in a number of British TV shows of varying quality, he directs his own comedy shorts and has acted in feature films including Hot Fuzz, Stardust and Son Of Rambow. The Adam & Joe radio show and podcast with sometime partner Joe Cornish on the BBC’s digital station 6 Music has won numerous awards and is still amongst the station’s most highly rated programmes.