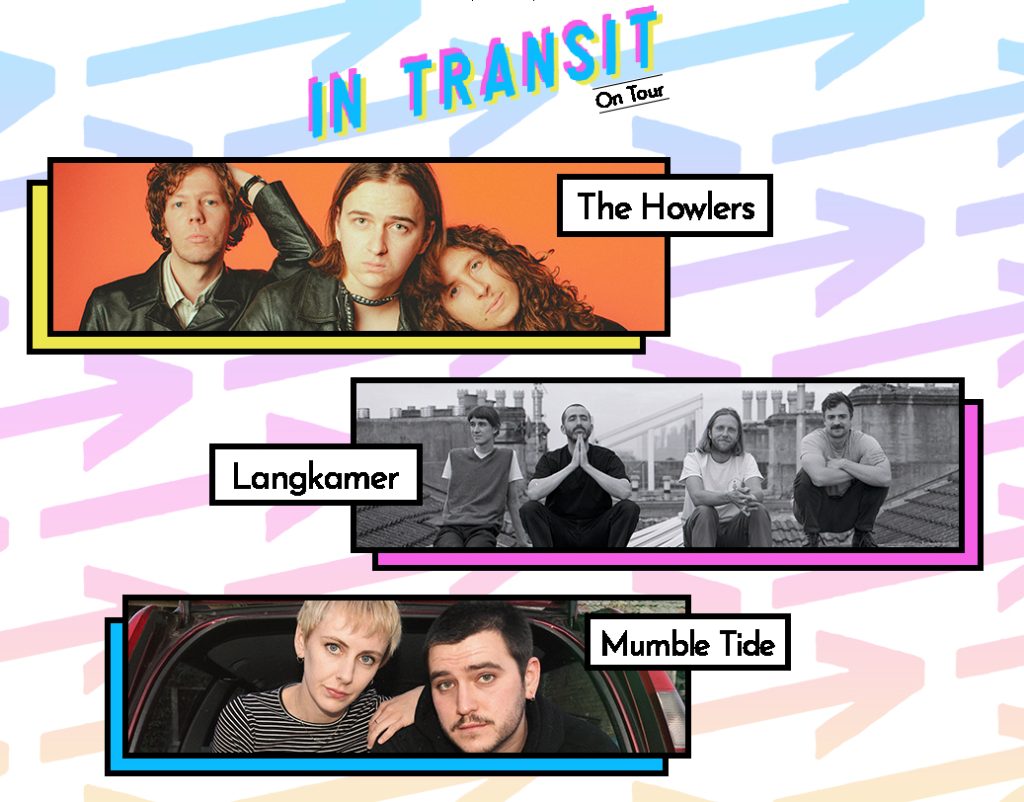 The Howlers have quickly identified themselves as one of the UK’s must-see live acts. Gaining much deserved praise from radio royalty including BBC 6 Music, KEXP and BBC Radio 1 for their west coast sun-soaked sound earning the band major programming on Soccer AM, Brooklyn 99, BT Sport, BBC Sport, Welcome To Wrexham and Amazon Prime.

‘This band really know how to rip into those Buzzsaw riffs’ Jack Saunders, BBC Radio 1

‘The Howlers, sounding like they’ve crawled straight out of the desert’  Steve Lamacq, BBC 6 Music

‘An amazing new band emerging over in the UK’  KEXP

In the strange summer of 2020, Langkamer recorded their debut album ‘West Country’. A curious blend of slacker rock and old Americana, the album brought them a litany of rave reviews from BBC Radio 6, Amazing Radio and the UK music press. It was followed by a series of extensive tours across the UK and Europe, where the songs of West Country were gratefully received by ears of all shapes and sizes. Their new EP ‘Red Thread Route’ solidifies their place in the vanguard of forward-thinking rock and roll.

2021’s Everything Ugly gave a people a front seat view to the self-contained world of Mumble Tide and rounded off a busy 18 months of releasing and playing live for the duo. Their debut single Sleepy Heads, released in April 2020, rolled through to their Love Thing EP in November 2020, with Lauren Laverne picking the title track for her While You Were Sleeping feature. Sucker’s blistering, garage-infused guitars, announced their return in 2021, with a string of singles picking up praise and support from the likes of Jack Saunders, The Line of Best Fit, DIY, Dork, La Blogothèque and many more. They joined Liz Lawerence on her UK tour and have since supported the likes of Divorce, Sleeper and JOHN as well as completing their debut headline tour at the end of last year. The duo have been busy in the studio with new music set for early 2023.