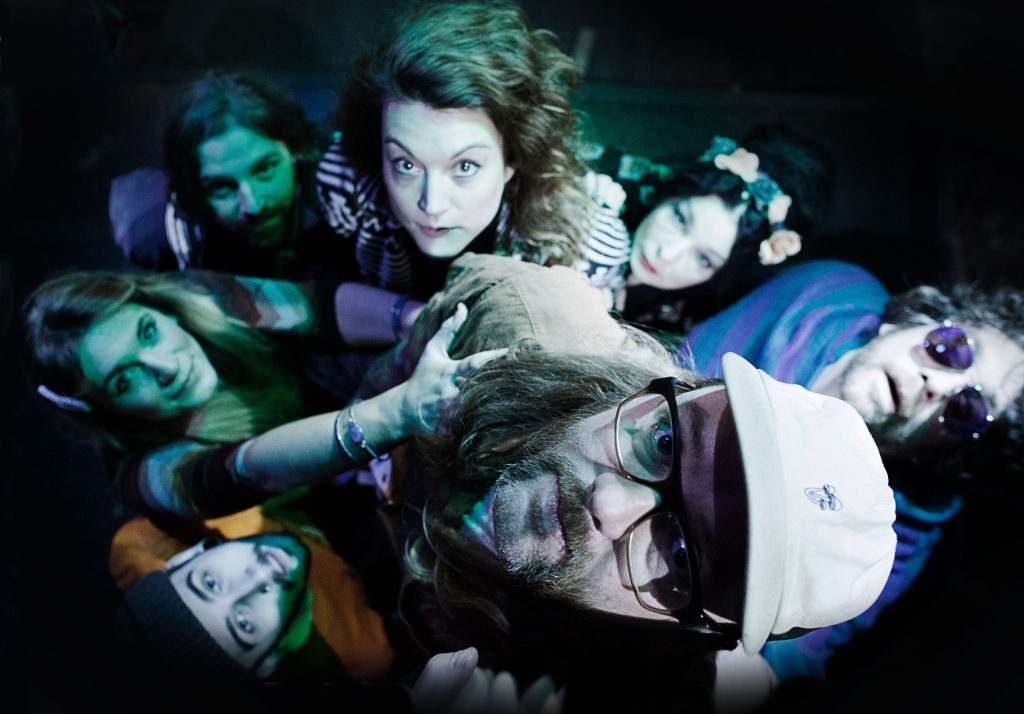 Heavy Salad create a melting pot of highly melodic, psychedelic music infused with the bands eclectic love of surf rock, electro-pop, fuzzed up punk funk and cosmic gospel-tinged folk. Formed in Manchester by Lee Mann on bass and vocals, Rob Glennie on guitar and Allan Hutchison on drums, the band quickly expanded with the addition of ‘The Priestesses’; Ally Boo, Esther and Lucy adding their unique and soulful vocals to the mix with Oscar Remers-Tootle completing the line up on guitar / vocals /synth.

Heavy Salad hit the road touring with PINS in late 2021 and headed into 2022 with shows at SXSW in Austin Texas (sharing bills with Working Men’s Club and Meatraffle). On their return they embarked on a UK tour with Liverpool’s SILENT- K and spent the summer playing festivals such as Right To Roam Bolton, Ventnor Fringe Festival, Glastonferret and Manchester PsychFest.

Heavy Salad have now finished work on their second LP recorded with producers Christophe Bride in Manchester and in London with Stephen Street (Blur / The Smiths). Working with cult Manchester artist Stan Chow the band released 3 brand new singles in 2022 with the album expecting to drop in Spring 2023.

Heavy Salad works in the space between perceived reality and the abyss of your mind.