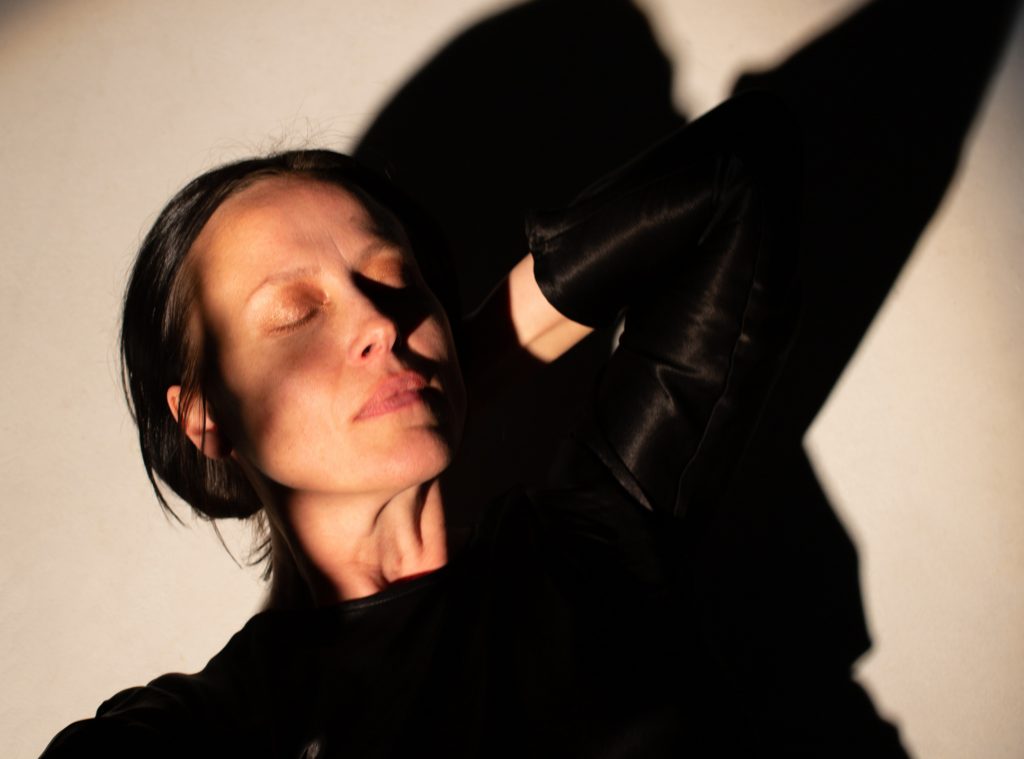 Keeley Forsyth is a composer, singer and actor from Oldham in the north-west of England.

Built upon sparse arrangements, Forsyth’s music is centred around a singular, emotionally raw and magnetic vocal delivery, by turns devastating and uplifting. The characters who populate her songs tell stories of the high and low tides; of freedom and entrapment, of hard-won triumphs and the darker corners of domestic life.

Debut album Debris was released in January 2020 via The Leaf Label. Written in collaboration with pianist and composer Matthew Bourne, it’s an intimate document of personal change, an outpouring of candid, haunting lyrics detailing the seismic ruptures which take place behind closed doors. It was accompanied by videos directed by Maxine Peake and Andrew Hulme. The critical response to Debris was unanimously positive, with The Sunday Times declaring it “one of the most remarkable [albums] in years” and The Guardian describing it as “a shivery descendent of Scott Walker’s Tilt, a more unsettling older sister of Aldous Harding’s Designer”.

Debris was followed up with the Photograph EP in November 2020, which continued Forsyth’s fruitful working relationship with Matthew Bourne, and brought Trestle Records’ Ross Downes into the fray.

New album Limbs will be released on February 25 2022. Where Debris was composed and recorded in close proximity to instrumentalist and arranger Matthew Bourne, Limbs deploys a more expansive palette. With Forsyth at the centre, collaborator Ross Downes acts as another limb, remotely producing the pulses and drones which feed back into the voice. Bourne this time is enlisted to “Bring some of the soil of Debris” into Limbs. The result is clear and spacious.

“Debris is an astonishing debut, not just for the power of the songs, but for the journey they trace”

“This deeply melancholic brand of haunting, sparse folk is as intoxicating as it is unsettling”

“Reminiscent of Nico, or Karen Dalton, Beth Gibbons at the edges – leaving the deepest impression”